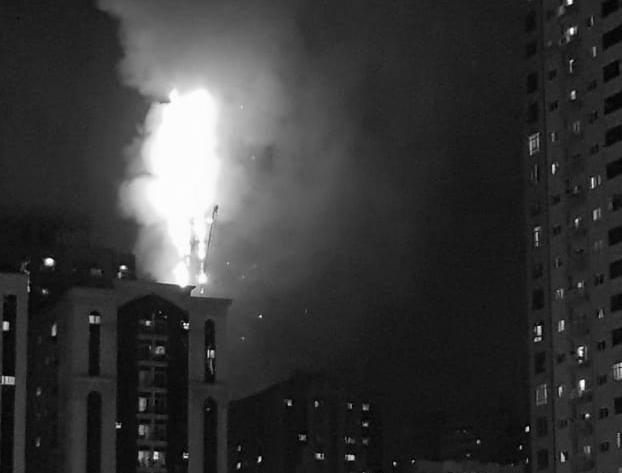 The fire broke out at a residential complex in Sharjah on Monday evening, causing considerable damage to the property. The building’s flammable cladding on the facade and balcony were not properly fire-protected. Moreover, the building was not fitted with any fire protection equipment, including sprinklers. Listed below are the reasons why such a building can be prone to fire:

flammable cladding on the facade

The Sharjah Municipality has recently started an inspection campaign aimed at eliminating flammable cladding from buildings. The objective is to protect residents from fire accidents in residential units. The focus of the campaign is to review fire safety requirements for all buildings. According to Thabit Al Tarifi, Director General of Sharjah Municipality, the campaign will focus on inspecting all buildings in the city that have flammable cladding and making the necessary changes according to the plan.

The fire has been attributed to a flammable cladding on the facade, which is particularly dangerous in high-rise buildings. The flammable cladding is a dangerous type of cladding because it can spread the fire quickly, allowing it to reach the top floors more easily. Despite the fire’s rapid spread, hundreds of residents were able to escape quickly, thanks to the fire alarms in more than 300 apartments.

This fire has triggered many questions about the design of the building, its materials and systems. It also highlights the importance of having adequate fire safety measures in place. Buildings that contain a fire are safer than those that do not, and are designed to protect the occupants. Fire-resistant cladding is vital for preventing fire from spreading and saving lives. The Sharjah building is no exception. 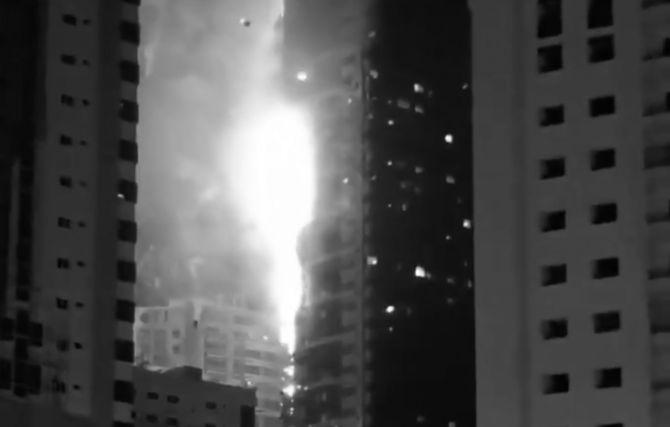 According to a recent study, fire deaths are disproportionately high in buildings without fire sprinklers. Specifically, residential buildings, which typically have kitchens and living areas, are especially vulnerable to fires. Installing fire sprinklers in these areas is one of the best ways to prevent fire fatalities. However, Sharjah buildings do not always have sprinklers. In Sharjah, the Acting Director of the Civil Defence said the lack of sprinklers in the city’s buildings was an example of why a comprehensive study was needed.

However, the lack of sprinklers in the Sharjah building hasn’t been the sole cause of the fire. A recent study by the UAE’s civil defence department reveals that many buildings have multiple owners, making it harder for insurers to offer adequate coverage. Furthermore, despite recent changes, the UAE government hasn’t actively sought to address these problems. Despite the lack of sprinklers in Sharjah buildings, the Department of Civil Defence is working on ways to increase the use of these systems.

Despite the fact that some residents of residential towers in the Emirate of Sharjah have returned to their apartments, many have remained in hotels while the civil defence department investigates maintenance companies. Those who fail to meet their responsibility will pay heavy fines or face closure. The civil defence department is also conducting more intense inspections in all of the city’s new buildings to ensure that all building owners are installing fire-fighting devices and regular maintenance services. Despite the recent fire, the department will not tolerate any slackness. This is because it is urging building owners to install safety measures.

In fact, fire-sprinklers have proven to save lives, with no deaths recorded in buildings with fire sprinkler systems. Sprinkler systems are necessary and should be regularly maintained to prevent accidents. Despite their proven effectiveness, sprinklers can fail or become faulty over time. Moreover, they are often not commissioned properly or regularly serviced. The UAE is no exception, and sprinkler systems can fail.

Flammable materials on the balcony

Despite the city’s regulations about flammable materials, many buildings still have this type of cladding on their balconies. This means that if a fire does break out, the tenants are liable for any damage that occurred. Without insurance, they could be left with no choice but to pay for the new apartment, or continue paying rent on the old one. As a precautionary measure, you should purchase a fire insurance policy from your building’s landlord. 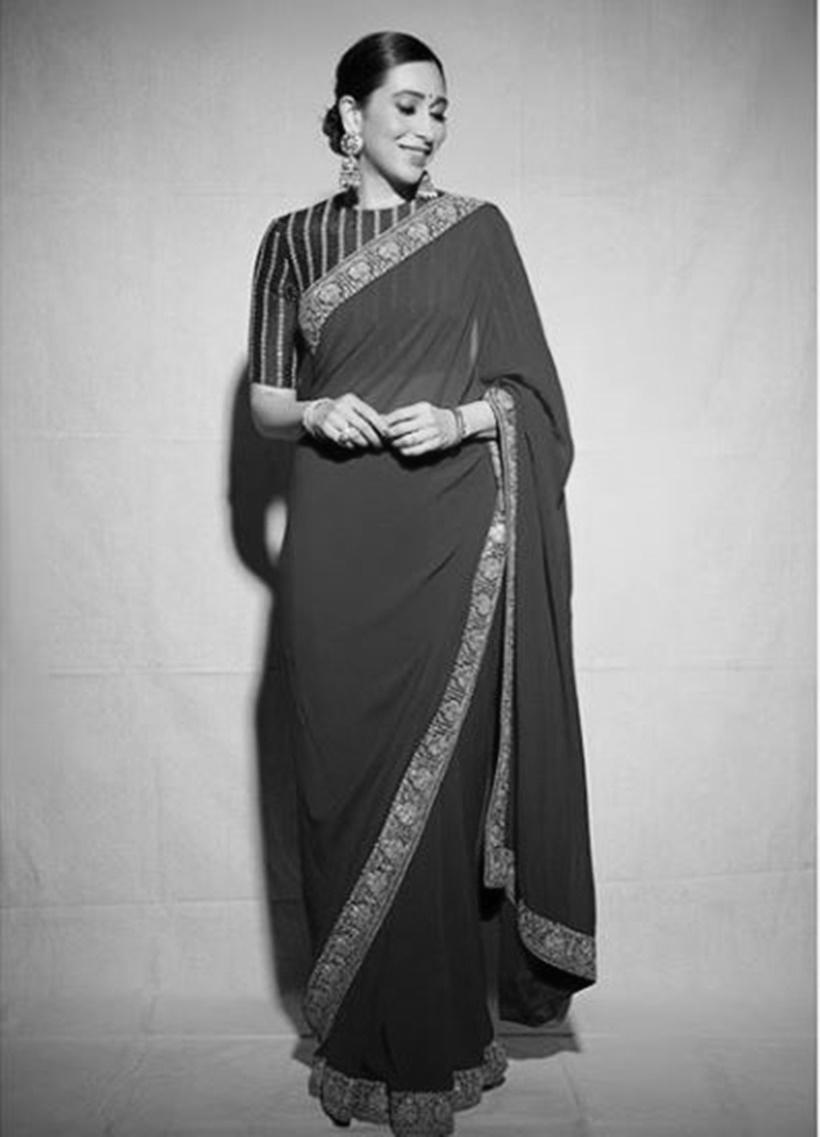 According to Mr. Bohlen, flammable materials were found on the balcony of one of the most flamable buildings in the UAE. In the UK, such panels are banned, and US codes also forbid them in buildings of three or more storeys. Although there are no proven causes for most of these fires, fire experts are concerned that the UAE is paving the way for a future of fires in high-rise towers.

This crackdown on flammable materials on buildings in Sharjah is an effort to prevent fire accidents in residential units. The Sharjah Municipality has been conducting field inspections for buildings with aluminum cladding facades, and they are advising building owners to remove the flammable cladding and replace it with safer materials. The city’s Director-General Thabit Salem Al Tarifi has stated that safety for residents is “a priority.”

While Gulf countries have adopted some international fire codes, they are still working on their own fire safety standards. In fact, the emirate of Sharjah is still developing its own fire safety standards, so the city’s flammable cladding ban is largely a retrofit. While the UAE bans flammable cladding, there is no official record of the number of residential towers that use the material.

The Civil Defence has launched a crackdown against owners of buildings who fail to meet fire safety regulations. In a crackdown on seventeen buildings in Sharjah, inspectors found that 14 of them were illegally maintaining warehouses in residential buildings. Fire safety inspections will be rigorous and broader than ever before. Building owners have until the end of October to make improvements or face legal action. But the lack of fire protection equipment and procedures has caused the loss of lives and property.

The Civil Defence inspectors will make sure that all buildings meet fire safety regulations. They will check the emergency exits, fire safety equipment, storage, ventilation, and other building requirements. In addition, the fire safety department should ensure that building watchmen are trained in the use of fire extinguishers and hose reels. This is essential as they can limit the damage caused by a fire until a fire fighter can arrive.

The UAE government is working to position the country as one of the safest nations in the world. This is reflected in its policy to introduce a mandatory Emergency Call (eCall) system, which will help speed up the rescue process. Dubai Industrial Strategy 2030 is also contributing to the need for industry-specific firefighting units. And the UAE’s Service 360 policy aims to improve efficiency by integrating work streams across government departments, resulting in faster response times by the Civil Defense authorities.

After all, insurance coverage has long been a problem in the UAE. Even after all these fires, the country’s insurance penetration rate remains low, at about two to three per cent. The resulting low insurance penetration percentage means that only a small proportion of residents take out policies. However, Wayne Jones, the director of Clyde & Co’s insurance team, believes that the lack of fire protection equipment in Sharjah is a glaring oversight.

To prevent fires from becoming worse, the Civil Defence should organise fire safety awareness campaigns in schools and public venues. This will educate people about the importance of fire safety and how to properly use firefighting equipment. The aim of these campaigns is to make the building safer for everyone, including employees, tenants, and residents. That’s exactly what Telgian is doing. So, if you’re thinking of buying a new building in Sharjah, think about investing in fire safety equipment.