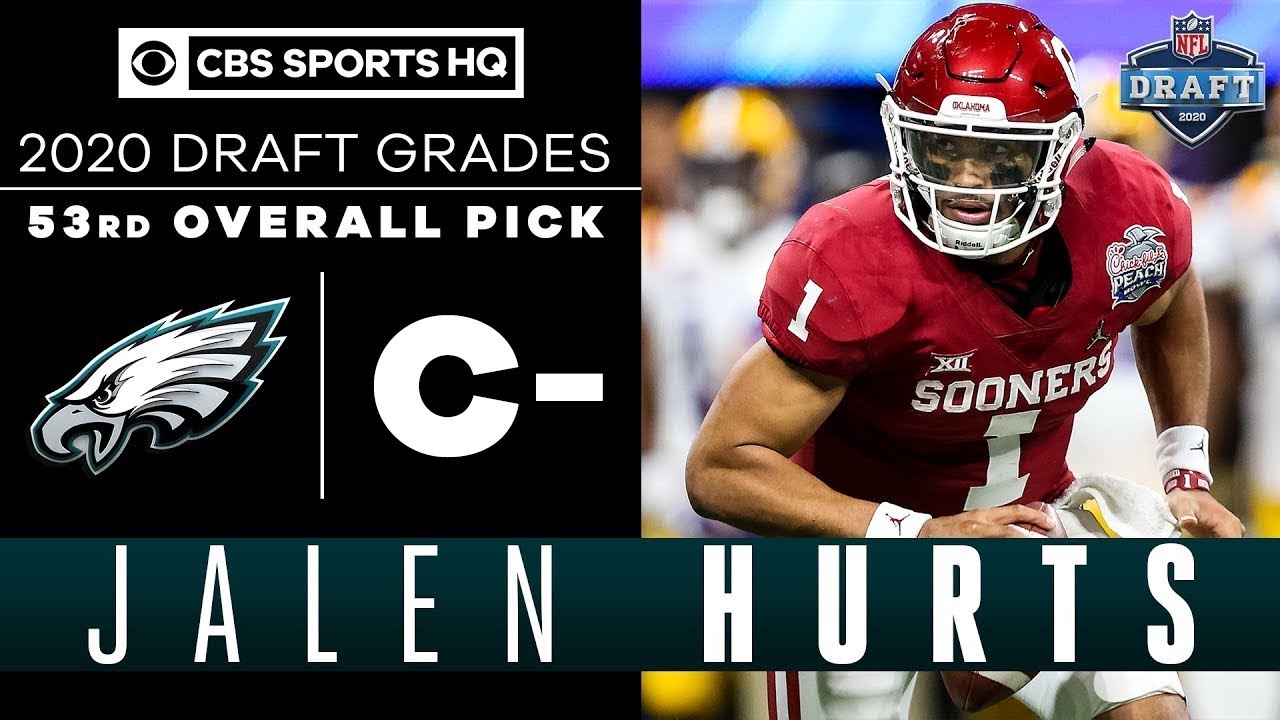 Fuck me man, I don’t get it. The deepest draft in the second round ever and the Eagles took a project QB.

I love Jalen Hurts the person, and I actually like player and,  would have loved the pick if it was in the 4th round.

I know he was going to be taken before that but, that is where I saw the Eagles taking a QB.

It’s so hard to justify, 2nd round picks should start year one or two, you have them really cheap against the cap, and can form them to your scheme. Hurts will never be a starter in Philly. (unless Wentz pulls an Andrew Luck)

If I were Jalen I would be pissed at the Eagles, they may have ruined a promising career in the NFL. He is coming into a town that hates the pick and could turn to us hating him unfairly. Jalen did not ask for this, and it is a shame the Ealges put him and honestly Carson in this position.

Fair to want to secure a good back up because Wentz has had trouble with Injury, But there were so many Vetran QBs out there. Plus a good DE in Epenesa was on the board and a WR with 4.38 speed in Mimms.

When you look at the Man, player, and Teammate Jalen Hurts is, the Eagles got a great one in all three phases. I want to root for him I really do but, I am already in love with Carson Wentz.

I can see some plays hurts can help with, he can run really well, he can throw it, he is very smart. Everyone is saying Taysom Hill but, why do we think that? And now I am Rambling.

I don’t Know guys. But I do know this I am going to become the worlds biggest Jalen Hurts Gadget play fan. Because unfortunately that is what he is going to be with the Eagles.